We are about to bare our souls and tell you about some failures we have had. It seems odd to do, I know, since we just met, but we want you to know that nobody is perfect. Below are our thoughts on bad reviews and how to survive them.

We also have a question. A burning one.

Why it is that multiple people can tell you how great your creative work is and how you have impacted their life with your vision, passion and art but then…

Then, you get one person that publicly gives you the cold shoulder and says you have offended them with your very being and that is what stands out more than the hundreds of accolades?

Yes! That one bad response. That one terrible review.  That one awful moment you relive, rehear over and over, no matter what stacks up on the other side.  WHY do we listen to that guy?
Jeannie and I have both experienced bad reviews, unfortunately, and we are living to tell about it.I recently directed a production of a classic show. I won’t mention which one (even though a quick Google search is all it would take to find out.) Anyhow, after the show, strangers hug me and thank me for bringing this historical piece to life and making it tangible to today’s audience. I had countless emails praising my sense of humor and how I helped to communicate the show through the physicality of my direction. Many publications gave me reviews calling the show a “major hit“.

I glowed in the comments until I got the review that said my comedy often fell flat and that I ruined the show with slapstick. I didn’t feel that it was slapstick. I felt the addition of physicality helped the audience understand the humor in the difficult and complex lyrics. Even if it was slapstick that would be perfectly in time with the humor of the period of the show as slapstick was all the rage at the time this comedy was written.  The reviewer however didn’t find it funny. 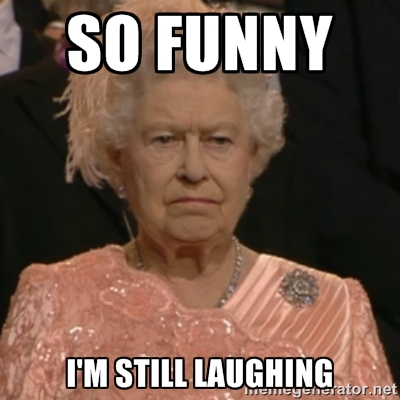 I have to jump in because I attended the same opening show this critic did, and though yes, I understand why you might think I’m biased (I’m not), I though the comedy was the best part of the show.  Okay.. that’s all.

And really? I ruined it?? Isn’t that a bit much?

And if he loved my leading actors, and what they did, and what the ensemble did and the choreography and the sets, then where did I ruin it?

Now did I throw in some outrageous fun? Of course I did. It’s a comedy!!!

I attended the show this reviewer did and the audience was going wild laughing and applauding. It was a night like I have never experienced. But somehow I ruined the show. This simple comment has bore a hole in my cloud of happiness leaving me frozen for a moment. It just ruins my day.

Okay, so I’ll share some of the bad reviews I’ve gotten.  And I do say some, because I’ve gotten plenty.  I’m a writer of fiction – historical romantic suspense, to be precise, and though my first book has 153 reviews on Amazon, most of which are solid, good reviews giving the book a 4.2 star rating, it’s the ones that believe I’m the worst writer ever, that I’m lazy, that I don’t know what I’m doing or who are filled with abject hatred for my characters that can stick.

Pigs! In no way can I write how disgustingly repulsive these characters are…

At that point I was so fed up with his behavior that I took a peek at the end of the book to see if it got any better, and the ending is just as cliche and offensive as the rest of it. Yuck. Not my style at all.

or this 2 star review:

Yup. That’s all she wrote.

Now, I know what I write won’t be everyone’s cup of tea.  I get that, and truth be told, I read plenty of books that I don’t like, don’t finish or didn’t enjoy.  I set them aside and continue on to the next.  It’s not in me to write a nasty review, though I respect everyone’s right to do so.

But I do read them all.   In part, because it’s impossible not to. (Try it. Go ahead, I dare you. Your good intentions will fall alongside the intent not to stay up until 2 am in the morning working on your blog— or is that just me?)  But I also look for things I can learn, so I appreciate the constructive criticism.  For that purpose, you have to go with the “middle method.” Throw out the best, throw out the worst.  Stick with the options in the middle for your best bets.  (But I’m still not exactly sure how “Pigs!” is constructive.  Unless I was writing Animal Farm.)

As I researched why we hold on to bad experiences like this, I found the following:

Recent research indicates that stressful events that have some sort of social component are more likely to stick with us (Emotion, August 2012). So, for example, a public presentation is more likely to leave us dwelling in the past than a private stressful experience.

This made complete sense to me. I am not hurt when someone doesn’t like something I’ve done in the privacy of my office or home. But this review was a public review that was posted for society to read. I also could potentially hurt the theatre company that produced it. That makes this more deep of a cut.

They were. I was there!

Those things don’t make a review. I guess it felt like public shaming.

Where do you go from that?

I would start by asking yourself these questions:

Then talk it out with your friends. Surround yourself with loving, supportive people who will help you find the humor in it all. And remind yourself that you created art and understand that not every person loves every piece of art. It’s all subjective.

It’s totally subjective. We like what we like, and that doesn’t mean that someone else’s work is bad. (There are plenty of authors I don’t enjoy reading, but they are NY Times bestsellers.)  Sometimes, it’s just not to our taste, or often, we had expectations that were different from what was offered.

In my second book, two words were added to the book jacket blurb by my publisher that set an expectation by readers that was false.  It shows in some of the reviews, who wanted something different than what my book offered. I can’t blame them for that, but it didn’t make that “Did not Finish this book” review any easier to swallow.  But I believe in my writing, and I write stories that I need to tell. I can’t write anything else, and I know my audience is out there.

As for me, I have confidence in my skills and I have passion for theatre that is unwavering. I choose to hold my head high and say, “I disagree with your opinion, sir, and I will continue to do shows that are out of the box, creative and filled with my heartfelt art.”

P.S. The show was tagged as a Theatre Bay Area’s “Production to See this Week”! 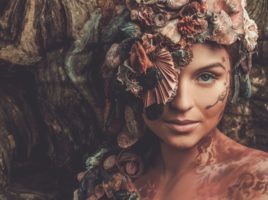 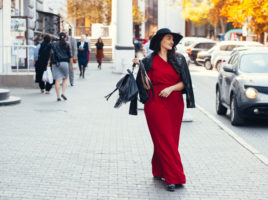 The Curvey Road to your Personal Brand 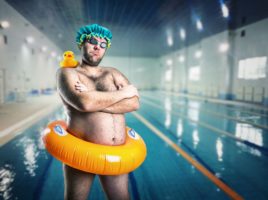 How to bring personality to your business

How to Determine Your Firm’s Niche or Specialization for Greater Success Jul 6th, 2017